E. Robert Royster was born and raised in the Conant Gardens section of Detroit. He was raised in the Seventh Day Adventist Church. He attended Pershing High School for a short time, and graduated from Pine Forge Academy, in Pine Forge, Pennsylvania, one of the two oldest black boarding academies in the United States. He attended Oakwood University in Huntsville, Alabama, a Historic Black University, majoring in Pre-Mortuary Science. He graduated from Wayne State University School of Mortuary Science and was licensed by the State of Michigan to practice the art of Mortuary Science. E. Robert Royster served his apprenticeship at the Cantrell Funeral Home, from 1968 to 1970. In 1970 he joined the Swanson Funeral Home family as an Associate Director of Funerals until 1991. After the sudden death of James H. Cole, Jr., he joined the James H. Cole Home For Funerals where he is currently a Senior Associate Director.

Mr. Royster is proud to be part of the James H. Cole Home for Funerals 100th Anniversary Celebration, commemorating one of the oldest firms in the nation. James H. Cole Home for Funerals is a high volume fourth generation firm with two locations – The Boulevard Chapel located next to The Motown Museum on West Grand Boulevard, and the 21st Century technologically advanced Northwest Chapel located on Schaefer Highway at Puritan.

Royster is known for the Red Rose made into all of his suit lapels which he wears in memory of his daughter, a University of Michigan senior who was an innocent victim of gun violence. Her death deeply affected him pushing him into the place with those he serves, reminding him that a parent is not supposed to outlive their child. He experienced firsthand the unspeakable, never ending pain known only by a parent whose child is senselessly taken away from him too soon.

As a result, Mr. Royster transformed his pain into a solution and recognized the need for an industry focus change, partnering with Youth Development programs focusing on directing lives, not funerals. These programs provide quality mentoring, tutoring, coding, critical thinking, SAT and ACT testing preparation beginning in the early grades. These elements serve to increase the opportunity for students to attend universities, colleges and trade schools securing their futures in employment and entrepreneurship.

His passion supported by his commitment to the funeral industry have made local and national organizations seek him out to speak at schools, churches, youth and adult community programs. He shares with them what is on their embalming tables and how they got there. However, Mr. Royster goes a step further. He reveals solutions of how to make life changing health, entertainment and relationship decisions which will bring youth a better life and prevent other youth from getting on their tables too soon.

All of this has taken him closer to his ultimate life passion and mission of saving a generation one student at a time. On May 16, 2012, Mr. Royster was presented with an award from Michigan Funeral Directors Association in Lansing, Michigan, commemorating his 40 years of consistent commitment and dedication to the funeral profession.

Because of his effective commitment to youth, Friday, June 13, 2014, Mr. Royster was honored as one of the Men of Excellence by the Michigan Chronicle in Detroit, Michigan. Mr. Royster has been a mentor to many licensed and unlicensed members of the profession. His input is frequently requested from directors in the city and state for solutions in almost all aspects of the funeral business. With his goal being to always try and make his profession better, Royster invites them to take advantage of his experience.

One of Mr. Royster’s mantras is that, “You never give advice to persons who don’t ask, they will never receive it in the atmosphere in which it is given. Once asked, experience and advice will willingly be available.” Mr. Royster is a proud father and grandfather. He is also a member of numerous community and civic organizations. He is most proud of being a child of God. 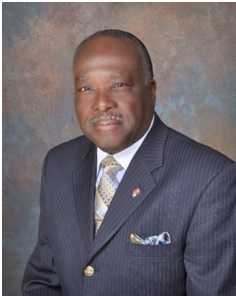